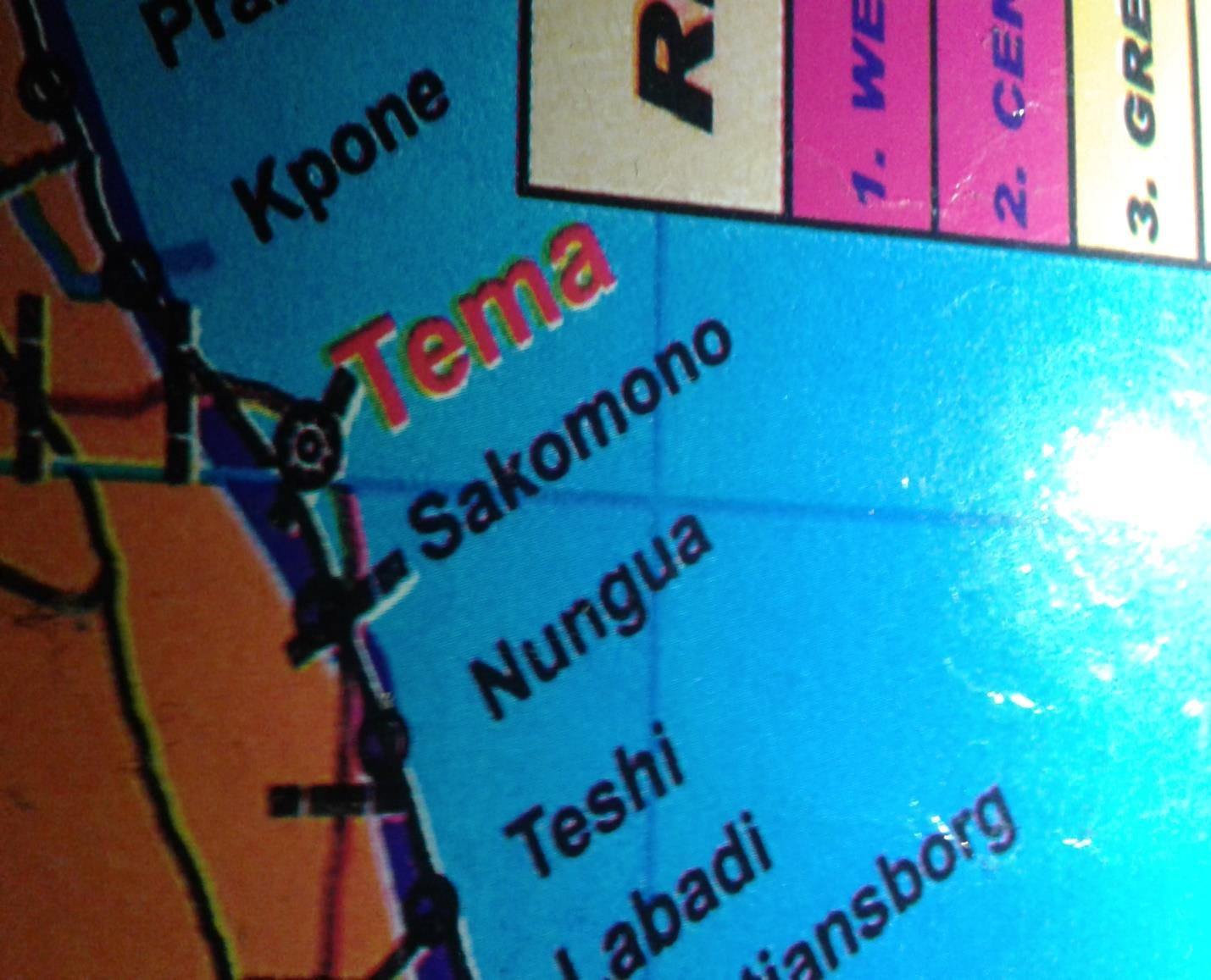 WOR-LUMOR KONOR BORKETEY LAWEH TSURU XXXIII AND THE CENTER OF THE WORLD DEBATE (HIS JOURNEY TO THE EARTH CENTER OR ‘’NULL ISAND “).

When Johan Kepler, Copernicus and Galiliel Galileo pontificated some centuries ago about the universe, people ask, which country is at the center of the world?, which is the center of the Earth? , what is the middle of the world?, where is the center of the universe? , which place or country is the centre of the world?. The world is humanity as a whole, or the collection of everything that exists on and within the surface of the earth. If by world you mean the earth, the center is at its core. Given that the earth is spherical, any point on its surface qualifies as the centre. The center of the physical world is the Earth’s core most obviously. The geographical centre of Earth is the geometric centre of all land surfaces on Earth. In a more strict definition, it is the superficial barycenter of the mass distribution produced by treating each. If you’re talking about our world, the people world, it can be interpreted in many different ways. Some say, probably the center is carefully located somewhere in Asia, or the Geographical Center of Earth is Giza, Egpyt. This is debatable, but many say Hollywood (California). Some others say Tokyo or Paris. The one that attracted my attention most is the Longitude and Latitude:(0,0) Divyansh Agrawal, studies Bachelor of Technology in Computer Science and Engineering at Galgotias University said”I think the centre of Earth is the core. No country or city is the centre of the Earth. At least we can consider the Earth to be sphere (not exactly, it’s shape is called oblate spheroid)”.

“Now let me explain, take a ball and locate its centre, when done then tell me. You would be unable to locate any point as the centre. Only its core point can be considered to be its centre of mass and that too if its mass is evenly distributed. So you can’t locate any point in the surface to be the centre of the Earth”. Craig Donnell has 3 degrees in Geography and said,” the center of the physical world is the Earth’s core most obviously”. Promoted by The Vintage News that, two rockets from Apollo 11 were retrieved by Jeff Bezos from two miles below surface of the Atlantic. Is the Earth flat? I need someone to give me rock hard evidence against individuals who believe the Earth is flat. If a hole is made right through Earth so it reaches the other side, what will happen when one jumps into it? Mark Frost said,”Every country is in the centre of the world. It’s a globe so you can draw a line through it’s centre from any point. I presume you mean which country is in the centre of the artificial Mercator atlas map used to depict the world in 2D? This would be 0 Longitude a 0 Latitude which is in the sea off Nigeria. Some maps use the international dateline or 180 Long to centre maps – this would be in the sea near the Gilbert Islands, between Hawaii and Australia”. Vardges Bokhyan, Data Analyst at Varks said,”Politically-USA,? Economically-USA? Geographically well any country, the equator passes through: Ecuador, Colombia, Brazil, Gabon, Congo, Democratic Republic of Congo, Uganda, Kenya, Sao Tome and Principe, Somalia, Maldives, Indonesia and Kiribati”. Katharina Müller, lives in Berlin said,” Unlike, latitudes, there is no obvious central longitude. However, if you pick the one that passes through Greenwich, and look at the location where it crosses the equator, then the center would be in the ocean”.

“However, keeping in mind the time distribution Greenwich in England has been set as the world standard with a latitude measure of 0.0015°.Craig Donnell has 3 degrees in Geography. The center of the earth gratitude (latitude and longitude) at 0 degrees, 0 degrees is just of the coast of western Africa in the Gulf of Guinea, south of Nigeria, west of Gabon. EVERY countries’ citizens, however, see their country as the center of the world. Based on this map, the center of the world is the South Atlantic Ocean, and the closest city to that is Takoradi, Ghana”. Dexter James Snow, former Electrician said”,”The world is humanity as a whole, or the collection of everything that exists on and within the surface of the earth. If by world you mean the earth, the center is at it’s core. Given that the earth is spherical, any point on it’s surface qualifies as the centre. But if you asked me to select a favorite point, either pole would do. Which town lies on the center of the Earth? John Lambert, Director of Risks and Compliance said, “In order to find the center of the earth as its a sphere you need to do some basic math. The formula for the volume of a sphere is V = 4/3 πr³ Now using this we find the center of the earth is here”.

Photo by: National Data Buoy Center, National Oceanic and Atmospheric Administration. “Well I don’t know about the center of the earth, but if we use the coordinates of 0°N 0°W, we get a place called Null Island, it is in the Gulf of Guinea, off the west coast of Africa, where the Prime Meridian and the Equator meet. Named for its coordinates, “null” meaning “nothing” and being placed on a map at the 0-0 point. Unfortunately no one has ever settled on Null Island as it’s environment does not support long term human habitation, though there is one single weather buoy there and it is the most visited place in the world. In case you are wondering what makes Null Island so inhospitable, it doesn’t exist. I mean, it does cartographically. You Google search “Null Island” and you’ll get everything I’ve just told you, but there is no physical island in that spot. It is a point on a map; where you will find one lone weather buoy floating. Unlike, latitudes, there is no obvious central longitude. However, if you pick the one that passes through Greenwich, and look at the location where it crosses the equator, then the center would be in the ocean”. Garlic Brings said, “As a cartographer in the Geography and Map Division with quite a bit of geocoding experience under my belt, this phenomenon is certainly familiar to me. This shared experience among geographers has fed the mystique of Null Island, with GIS enthusiasts creating fantasy maps, a “national” flag, and articles detailing Null Island’s rich (and fake) history online. The mystique, of course, is all just in good fun, although plenty of maps in the Geography and Map Division are just that: fantasy maps originating from one’s own imagination and communicating interesting perspectives on art, culture, and technology”.

“That said, you may still be thinking that the significance of the location of Null Island is little more than a geographer’s inside joke. But remember that lone buoy? That’s Station 13010 (also known as “Soul”), a NOAA weather observation buoy. Permanently anchored at 0°N 0°E, Soul collects data on air temperature, water temperature, wind speed, wind direction and other variables as part of the Prediction and Research Moored Array in the Atlantic (PIRATA) program. Observations collected by Soul and other buoys in the PIRATA network support research into climatic conditions and weather forecasting in the Tropical Atlantic and beyond”. “Null Island is a curious blend of real and imaginary geography, of mathematical certainty and pure fantasy. Or it’s just the site of a weather observation buoy. However you see it, we have the GIS world to thank for putting Null Island on the map in its own, strange way”. An Insider’s Tour of New York’s Disappearing Magic History. “Peek behind the curtain of once-magnificent venues and the back rooms where magicians share their secrets, there is no physical island in that spot. It is a point on a map, where you will find one lone weather buoy floating”.

In a letter dated 15th August, 2016, written by the current Gborbu Wulomor to the then Hon. Minister of Tourism, Culture and Creative Arts, has captured in the second paragraph that, ”It is also further important to note that, the GREENWICH MERIDIAN ROCK is known in our traditional and cultural parlance as ANGMU or SEBREBEDU,and no other name”. The indigenous people of Nu Nma “Nungua” referred to the Meridian Rock as “Angmu” or “Sebrebedu”. In his book, Traditions and Customs of Gadangmes of Ghana (Descendants of Authentic Biblical Hebrews Israelites), Joseph Nii Abekar Mensah,PhD. said, ”The people of Nungua promptly acquiesced; and quietly they brought their leader, Borkete Laweh, the famous priest of Angmu, the rock god in the sea, before the assembly….